What the Robot Saw 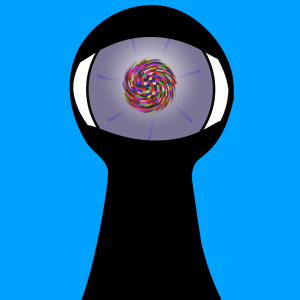 theBot (one infesting the horse)

Abstract computer animated video in the genre of “visual music.”

Live action video with analog image processing. Images from a city at rush hour are blended together to create linear and non-linear continuities.

Net art installation/performance. Text from the internet, speech synthesized and processed as music, fed into kitsch, psychedelic, abstract-animated graphics. Suitable for raves (well, maybe not quite…) A tongue-in-cheek look at the continuing arms race in net culture and technology.

Get Amy’s Sporadic Updates by Email